Play the hit fighting game for the Nintendo 64 gaming console and fight against various characters in Super Smash Bros.! Play as Mario, Link, or Pikachu and fight away against other Nintendo characters in this massive fighting game mashup that spawned many sequels. Super Smash Bros. was released back in 1999 for the N64 gaming console and sold over a million copies in Japan alone and even more Worldwide. The game starts with eight characters: Mario (Mario Bros.), DK (Donkey Kong), Link (Metroid Series), Yoshi (Super Mario World), Kirby (KIirby), Fox (Star Fox), and Pikachu (Pokemon). If you play enough, four more characters will be unlocked. 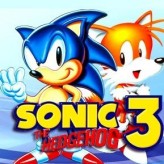 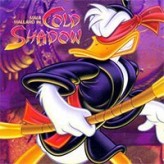 Super Smash Bros. is an online N64 game that you can play at Emulator Online. This free Nintendo 64 game is the United States of America region version for the USA. Super Smash Bros. is a single title from the many fighting games, arcade games and action games offered for this console. If you enjoyed playing this, then you can find similar games in the n64 games category. Super Smash Bros. game is from the various retro games on the site, and there are more games like this, including Super Mario 64, Nintendo All-Star Dairantou Smash Brothers and Super Mario Bros..